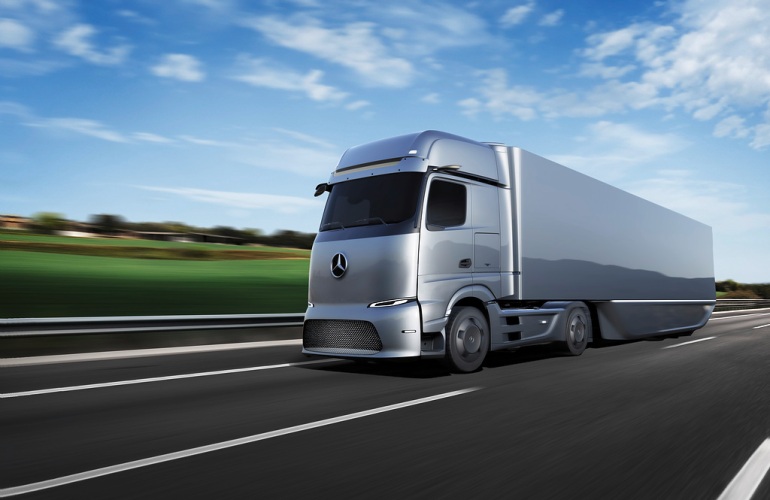 Sales of new diesel and petrol-powered HGVs are set to end by 2040 at the latest as part of the UK government’s transportation decarbonisation plans launched today. Other key policies include achieving net zero aviation emissions and a net zero rail network by 2050 as well as a commitment to electrify all government cars and vans by 2027.

The plan proposes phasing in the ban on polluting HGVs, with sales of diesel and petrol vehicles weighing 3.5 to 26 tonnes ending in 2035. Sales of those weighing more than 26 tonnes would end in 2040 “or earlier if a faster transition seems feasible”, according to a government statement.

So far, the sales ban on new petrol and diesel vehicles had been limited to cars and vans, with sales of new fossil-fuel models banned from 2030. Plug-in hybrids are currently excluded from this ban until 2035.

The Scottish currently government has a stated ambition to phase out sales of petrol and diesel cars and vans by 2032. It has set no dates for HGVs.

UK transport secretary Grant Shapps said: “Decarbonisation is not just some technocratic process. It’s about how we make sure that transport shapes quality of life and the economy in ways that are good,” continuing: “It’s not about stopping people doing things: it’s about doing the same things differently. We will still fly on holiday, but in more efficient aircraft, using sustainable fuel. We will still drive, but increasingly in zero emission cars.”

The announcement by the UK government coincided with a proposal by the EU commission to ban the sale of new petrol and diesel-powered cars and vans from 2035. It had faced stiff opposition on its targets from some EU vehicle manufacturers. Europe’s biggest vehicle maker Volkswagen is backing the proposals.

Volkswagen has been firmly behind the shift to electrification following a fundamental change in direction in the wake of the diesel cheating scandal in 2015. It plans to invest around EUR 73 billion in electrification and digital technology between 2021 and 2026.

“VW Group is prepared for the Green Deal – it’s an opportunity! Electrification will be accelerated once again & supported by binding targets for charging infrastructure,” said VW Group CEO Herbert Diess in a tweet.

Fellow German manufacturer Mercedes-Benz expects to start producing its battery-electric eActros HGV in 2024 and its first production trucks with hydrogen-powered fuel-cell drive by 2027.

Going Electric in the Country